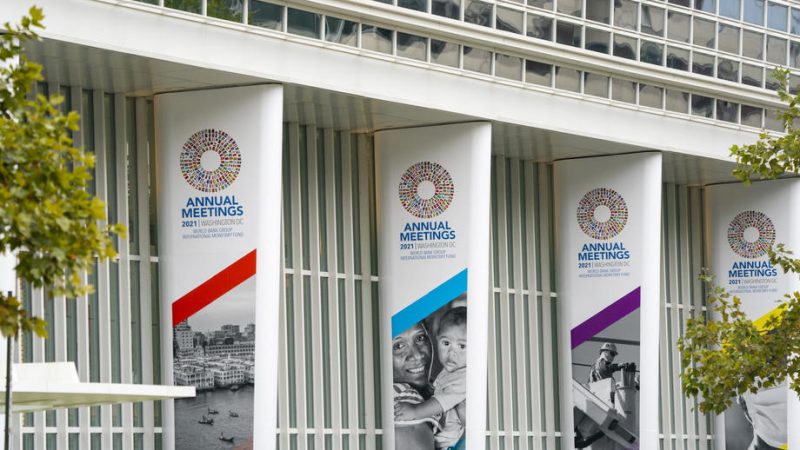 The World Bank is ready to provide “staggering” amounts of financial support to Ukraine amid the Russian invasion and its aftermath, Axel van Trotsenburg, chief operating officer, told EURACTIV in an interview.

At the moment, with the Russian invasion and the bombardment of Ukrainian cities at the height of its intensity, the World Bank and the wider international community are still analyzing the potential economic blow to Ukraine.

“One important factor is the duration of the conflict, and the second is the intensity of the war,” van Trotsenburg said, adding that with the Russian military increasingly targeting civilian buildings, the size of the effort Financial relief will also depend on the destruction of housing and infrastructure.

“It’s fair to see from the pictures that those amounts are going to have to be staggering,” he added.

In the meantime, the Washington-based bank has already agreed to provide funds to Kyiv to help pay for the state’s ongoing operations. This includes pension coverage, salaries for teachers and health workers, and financial support for basic health and education services, which it coordinates with the Ministry of Finance in Kyiv.

For now, van Trotsenburg argues, the focus is on how funding and humanitarian aid can get to the frontlines.

“What is most important is who is going to deliver. In times of crisis, you have to act fast and with volume,” he says, pointing out that in the past three weeks the bank has delivered more than $920 million and has pledged to provide $3 billion in support for Ukraine.

However, the response to the COVID pandemic provided a precedent for how the World Bank could quickly scale up its financial support programs.

“In 2020 and 2021, we provided $135 billion to developing, middle-income, and low-income countries, an increase of nearly $50 billion from the two years before COVID,” a- he said, adding that “this should indicate that the World Bank has the determination and the resources in times of crisis to act quickly and in the volumes necessary to make a difference.

In addition to its direct support to the Ukrainian government, the bank also provides technical and financial support for the refugee response by neighboring countries, including Moldova, Romania and Poland.

Analysts are also beginning to assess the impact of the war and sanctions packages against Russia and Belarus on food, commodity and energy markets. A number of countries will be very negatively affected and they will need balance of payments support and social support.

In Ukraine, van Trotsenburg says a critical moment in food production will come next month.

“The sowing season in Ukraine is the first week of April, and we will have to see that they can sow. This will have a huge impact on the harvest and how much they can feed themselves,” he told EURACTIV.

In particular, the potential for colossal disruption of wheat and fertilizer markets could have profound implications for food supplies, especially for developing countries that rely on wheat imports from Ukraine and Russia.

“We are assessing the short- and medium-term effects of declining exports from Ukraine and Russia to developing countries and how we can better support them,” van Trotsenburg said.

“We will be ready to come to the aid of many countries in the coming months with whatever it takes. My feeling is that we are ready to provide billions of dollars of support if necessary,” he said. added.

An issue that has worried the aid community in recent years is that donor fatigue appears to have led funding summits for Syria, Yemen and the Sahel to fall well short of the resources needed. Others worry that the Ukraine crisis means that other crises around the world could be ignored.

Van Trotsenburg says that is not the case for the World Bank.

“We must not forget that the Afghan people are suffering and suffering. Likewise, the hundreds of thousands of Rohingyas in camps in Bangladesh, they deserve our support, as well as Syrian refugees whether they are in camps in Turkey, Lebanon or Jordan,” he said.

“We have massively scaled up our support to Yemen, the Sahel and the Horn of Africa,” he said, adding that the bank provided $2.9 billion to Sahel countries last year.

“We will remain in many fragile states, and we have said that we are committed to that,” he added, while conceding that it is vital that members of the international community do not shirk their responsibilities.

“What concerns us is that we would like everyone to do it too. At the end of the day, if we make an effort to provide additional support, which we should, others should also do it, because what matters is cumulative additionality and not a substitution exercise of “well, the World Bank can do more and I can do less”.Our general plea to all countries is to “stay involved” .

“We have to support Ukraine with passion and do whatever it takes, but it’s equally important that we do our utmost in other countries as well,” he told EURACTIV, adding that “it is a principle of the Bank that we do not discriminate against. depending on where you live or where you come from.

“For the World Bank, it is up to us to see the tragedy and the will to support. Last year, we increased our support to fragile states from $10 billion to $14 billion. Similarly, in Africa, we have regularly moved our operations. Twenty years ago we were giving 50% of our total financial support to Africa, last year it was 45% and $30 billion just for Africa. And it’s here to stay.