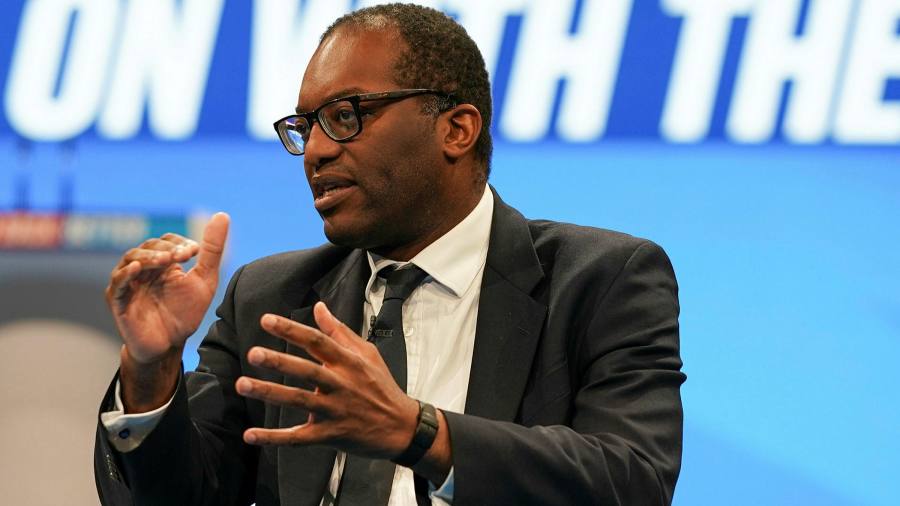 Ministers have delayed a long-promised corporate strategy that would have set out plans to boost growth and boost private sector investment in the UK as it emerges from the coronavirus pandemic.

Business Secretary Kwasi Kwarteng has been working on plans to encourage entrepreneurship and support the expansion of small businesses since last summer to address concerns that the UK economy has become too dependent on government grants state after Covid hit two years ago.

Kwarteng had previously said he hoped to publish the document by the end of last year. “I hope to develop a business strategy over the next six months and then spend the rest of parliament delivering,” he told the FT in August.

However, that never materialized and instead officials recently suspended work on the strategy, according to three people familiar with the situation, sparking consternation among business groups who want the government to focus on supporting growth at a time of wavering confidence.

The corporate strategy was seen by officials as part of the plan to replace the industrial strategy, which, despite support from the corporate sector, was killed by the government last year. Kwarteng had dismissed it as too vague, calling it “very, very broad”.

Officials said work on the new corporate strategy had paused to focus resources on more pressing issues such as managing rising energy costs, adding it could resume at a later date. later.

A Kwarteng ally said the minister had deliberately delayed publication of the strategy beyond the next budget – due in November – to ensure it would include new financial commitments: “It would have been [just] words otherwise.

Craig Beaumont, head of external affairs at the Federation of Small Businesses, said it would be “very disappointing” if the government stopped working on the strategy. He said small businesses needed help to grow as they faced rising costs and the burden of late payments. “We need to create a new generation of entrepreneurs in the UK.”

The CBI said “the private sector has an important role to play in ensuring that the government realizes its ambitions and creates growth across the country”, adding: “Businesses are looking for good reasons to invest and this strategy should help , so we hope that the details [of the strategy] are published as soon as possible.

The government has already stripped the legislative timetable for the next legislature of some business-oriented policies. The long-awaited Jobs Bill was not included in the Queen’s Speech this week, while audit and digital competition reforms were only included in draft form.

Officials said those bills have been delayed to make way for more urgent legislation, including an energy security bill to ease the path to “net zero” by 2050 and a economic crime to combat money laundering.

Tuesday’s Queen’s Speech also included financial services regulation to boost investment in the UK, as well as giving the new infrastructure bank a statutory footing as it plans to invest billions of pounds in British assets.

In a statement, the business department said: ‘The government remains fully committed to supporting business and creating the best conditions for businesses to thrive across Britain.