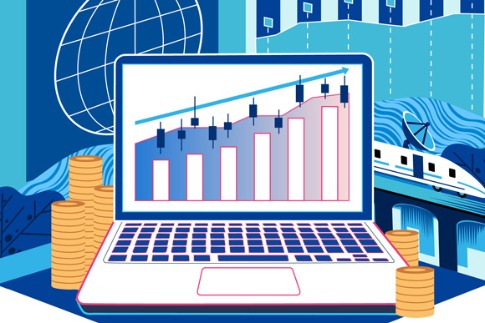 At the virtual G20 summit in Riyadh, Saudi Arabia on Saturday and Sunday, leaders of participating countries are expected to discuss the unprecedented challenge posed by the COVID-19 pandemic and the economic recession it has caused. One of the key questions they must resolve is how to ensure global financial stability by strengthening the global financial safety net, which includes financial support in layers of various resources.

International financial markets became very volatile in March and April. The uncertainties caused by the disruption of economic activity triggered a massive flight of capital to safe havens. Subsequently, funding costs in US dollars, an indicator of the state of liquidity, rose sharply, causing an immediate shortage of dollar liquidity. Emerging economies also experienced a sudden reversal in capital flows and depreciation of their currencies, which increased their external debt burden.

In response to the shocks, the US Federal Reserve moved quickly to reduce the cost of funding its unlimited dollar swap lines with five other central banks. The Fed also set up new temporary swap lines with nine other central banks, expanding market access to dollar liquidity. Under the leadership of Kristalina Georgieva and responding to demand from most economies in the multilateral system, the International Monetary Fund initially requested a new and significant allocation of Special Drawing Rights to help alleviate the problem.

While these proposals were rejected, the IMF quickly activated the resources at its disposal. From March to November, the IMF made $ 250 billion available to its members, 40% of which was provided through its emergency mechanisms. This funding supported 82 members of the Rapid Credit Facility and the Rapid Financing Instrument, and 26 members of the Containment and Disaster Relief Trust Fund, a new facility designed for low-income member economies.

In addition, the G20 held emergency meetings calling for corrective responses and worked with the World Bank and the IMF to launch the Debt Service Suspension Initiative for the suspension of debt service payments of least developed countries.

The IMF is one of the most important international financial institutions in preserving global financial stability and promoting policy coordination among its 189 member economies. In his recent statement, Georgieva expressed the urgent need for a “grand bazooka” for the financial capacity of the IMF. Currently, the IMF’s total financing resources stand at $ 1 trillion, half of which is made up only of temporary arrangements, namely â€œnew borrowing agreementsâ€ and bilateral borrowing agreements that require renewals and may not be reliable enough to move forward.

The main half comes from quota-based funding provided by member economies. Quota size can be adjusted, but only during regular â€œquota reviewsâ€, and the next IMF quota review round will not be completed until 2023.

There is a clear gap between the IMF’s lending capacity and its financing needs. The IMF and the United Nations Conference on Trade and Development both say $ 2.5 trillion in financing is needed in emerging markets and developing countries, far more than the $ 1 trillion available. the IMF. Such a demand is particularly pressing from countries which have insufficient foreign exchange reserves for self-issuance, limited access to central bank swap lines and are not covered by any regional financial arrangement.

And for poor countries that have suffered severe economic damage and have high debts, the need for financial assistance is enormous and urgent. The expansion of the Catastrophe Containment and Relief Trust which allows the poorest countries to defray their debt during the crisis is welcome but insufficient. Many emerging markets and developing economies use 30-70% of government revenue to service external debt. They too need more external assistance in the form of liquidity and debt relief. One immediate way to increase the IMF’s resources is for its member economies to agree to a new allocation of Special Drawing Rights. A new allocation of SDRs, such as the successful increase in SDRs after the 2008 global financial crisis, could instantly increase the firepower of the IMF.

In the face of the pandemic, political reactions may differ from country to country. However, the financial instability and the economic slowdown will have global repercussions. The pandemic has caused widespread human and economic suffering. But it also created an opportunity to renew and strengthen global cooperation. The G20 was created as a central forum to address these issues a decade ago, and is poised to rise again to harness coordination in a way that will help the world contain the virus and revive the ‘economy.

Gao Haihong is a senior researcher at the Institute for World Economics and Politics, Chinese Academy of Social Sciences, China; and Kevin P. Gallagher is professor and director of the Global Development Policy Center, Pardee School of Global Studies, Boston University, USA.

Opinions do not necessarily reflect those of China Daily.

The temporary financial safety net will expire on December 31