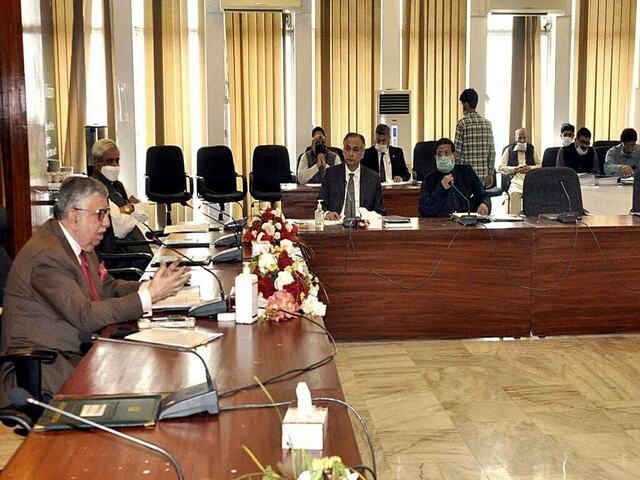 The Prime Minister held two meetings – on January 14 and 26, 2022, before his visit to China. During the discussion, the Energy Division was tasked with handling the release of Rs 100 billion to CPEC IPPs against their claims.

A follow-up meeting was held at the Finance Division (DF) under the supervision of the Federal Minister of Finance on February 2, 2020, during which it was reiterated that the debts of the IPP CPEC be cleared as a priority and that a case be brought to the ECC for the release of the remaining Rs 50 billion to the CPEC IPPs as they were under massive pressure due to rising input prices, especially imported coal.

The sources said information has been requested from CPPA-G that Rs 217.51 ​​billion is payable against 12 CPEC PPIs as of February 24, 2022.

On March 17, 2022, it was noted that in order to keep the power sector afloat and meet fuel needs, applications for power sector subsidies should be released urgently. For this, an additional Supplementary Grant (SG) of Rs 50 billion was to be released. And the release of Rs 50 billion as a second tranche would help manage the fuel supply for coal-fired power plants, mainly CPEC projects.

Power Division submitted the following two proposals to the ECC: (i) release Rs 100 billion in additional subsidy, including Rs 50 billion through SG under Differential Tariff Subsidy (TDS) and Rs 50 billion rupees by way of SG as in DISCO investment manager; and (ii) allow CPPA-G management to negotiate with CPEC IPPs to accept payment of Rs 50 billion in the form of Pakistan Investment Bonds and Sukuk based on the terms and conditions of the offers currently available through the Ministry of Finance (25 billion rupees each).

In the ensuing discussion, the Power division said the power industry is currently facing an unprecedented cash constraint due to escalating global fuel prices, increased capacity due to the induction of new capacities (in particular within the framework of CPEC projects) and the increase in consumption. final price.

Power Division further argued that any further payments beyond the established order would not be possible without a cash flow injection from the Finance Division.

Responding to the Energy Division, the Finance Division said that there was a severe financial constraint, therefore, it would be very difficult to arrange the proposed funds of Rs 100 billion through a grant additional. The ECC observed that since the matter was of an urgent nature, therefore, Rs 50 billion could be provided for this purpose.

After detailed discussion, the ECC approved an additional Rs 50 billion grant under the leadership of TDS to replenish the TDC budget and use it to make an emergent payment in January 2022.