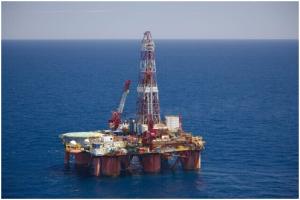 
The Export-Import Bank of Korea (Korea Eximbank) has suspended its decision to financially support the Australian Barossa-Caldita gas field project promoted by SK E&S. The gas field is embroiled in controversy, as domestic and overseas environmental groups say the project will generate excessive carbon dioxide emissions compared to other gas fields in Australia.

The bank withheld its earlier at a meeting of the credit review committee held on March 31. On the same day, the bank was expected to approve a plan to provide a total of US$313 million, including US$107 million in project finance and US$106 million overseas. corporate financing guarantee for the project. Korea Trade Insurance Corp., which previously pledged public financial support for the gas field project with Korea Eximbank, has already approved financial support for the project.

“We will decide on financial support for the project after thoroughly studying the carbon reduction efforts of the project sponsors,” a bank official said.

The bank’s decision came following a lawsuit brought by Australian Aborigines against it. Recently, residents of Tiwi Island in northern Australia and the Larrakia tribe filed an injunction with the Seoul Central District Court to suspend loans from the two Korean financial institutions to the Barossa project. They claimed that the pipeline project would threaten their livelihood.

Separately, the postponement decision appears to have been affected by the fact that Korea Eximbank took the risk of stranded assets after providing financial support to a fossil fuel project, which was revealed during an audit by the Board of Directors. audit and inspection. Korea Eximbank provided a loan of about 220 billion won to a US shale gas company’s oil and gas field project in 2016, but it was written off in December 2020 because the loan could not be repaid . The Board of Audit and Inspection pointed out that Korea Eximbank granted the loan without considering the risk of insolvency, resulting in a large loss.

The fact that the business plan for Barossa Gas Field has not yet been completed is also cited as one of the reasons the decision was postponed. The companies involved in the Barossa gas field plan to finalize a business plan in the near future for the installation of a new pipeline connecting the Barossa gas field and a liquefied natural gas (LNG) processing facility.

Meanwhile, SK E&S plans to import 1.3 million tonnes of liquefied natural gas per year from 2025 through the Barossa gas field project. Environmental groups argue that the gas field should be closed because it emits more carbon than any other gas field in Australia. On the other hand, SK E&S stands by its position that it can import gas by sufficiently reducing carbon emissions through carbon capture and storage.