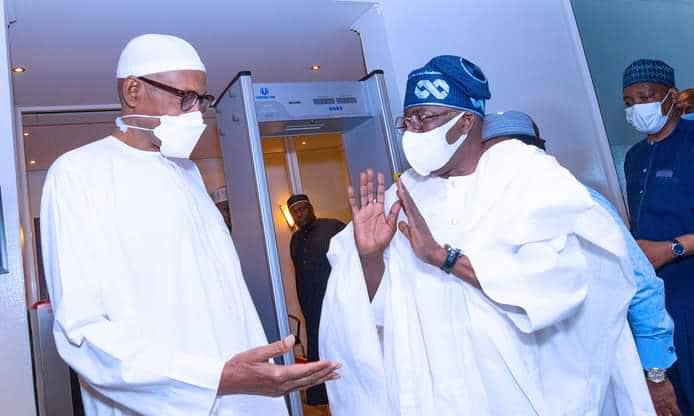 Bola Tinubu, the All Progressives Congress (APC) presidential candidate, has praised President Muhammadu Buhari for his decision to support only party candidates in 2023.

The former Governor of Lagos spoke in Abuja on Saturday as he received members of the APC’s National Working Committee (NWC) at the Tinubu/Shettima campaign office.

The APC presidential candidate described the president as a bold leader for taking a stand.

“I like Mr. President’s statement a few days ago. Firm, concise, straight to the point and bold as the leader of our party,” he said.

“We should congratulate the president for this statement. For his commitment and loyalty to the party. And to be a real party leader.

The APC Candidate said he would also embark on the development of modern infrastructure across the country.

“Among other things, if and when we are elected, we will work for the development of Nigeria as a knowledge-based economy that meets the paramount needs of the present and plans for the future,” he said.

“We will institute 21st century financial reforms, we will embark on 21st century infrastructure development and the elimination of 21st century crime that will be driven by technology.”