Yoliswa Dube-Moyo, Mat’South Bureau Chief
The GOVERNMENT has assured farmers of financial support as it works to guide the growth of the agricultural sector with a focus on achieving 100% food security by 2025, up from 45% in 2020.

Guided by the National Development Strategy (NDS1), Zimbabwe aims to increase maize production from 907,629 tonnes in 2020 to three million tonnes in 2025, among other deliverables.

Through the Agricultural Finance Corporation (AFC), farmers can access loans to invest in their operations, as they are encouraged to treat farming like a business.

Deputy Minister of Lands, Agriculture, Fisheries, Water and Rural Development, Vangelis Haritatos, who was in Gwanda, recently said that the rebranded public entity would provide loans to farmers who run projects as businesses. “The government has recently rebranded the former Agribank as the Agricultural Finance Corporation, while the Agricultural Rural Development Authority (Arda), through its rural development division, is ready to work with farmers,” said he declared.

“AFC will provide loans to farmers who run projects as businesses, while Arda is ready to lend its agricultural expertise by providing project managers.”

“The implementation of market-based programs that include the private sector and improve the competitiveness of agricultural products in national and international markets are also a priority,” he said.

“President Mnangagwa has publicly stated that the Second Republic will leave no one behind as it moves towards achieving Vision 2030.”

The revitalization of dilapidated irrigation systems in Matabeleland South has been cited as the panacea to the perennial droughts suffered in the dry region.

The Silalatshani irrigation scheme in Insiza district is one of the biggest schemes in the province with 865 farmers operating on a land of 462 hectares.

The program had stagnated over the years due to an array of challenges ranging from channel leaks to poor management. 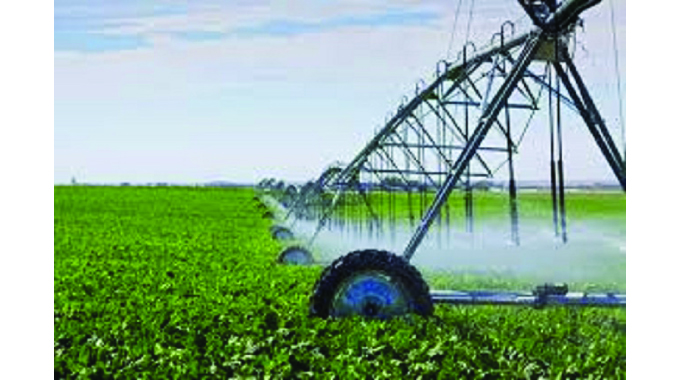 The Second Republic, however, revived the irrigation system through the Smallholder Irrigation Revitalization Program (SIRP) and farmers are optimistic about bringing the system back to its glory days.

Insiza South lawmaker Spare Sithole called on farmers to take farming seriously and use the opportunities offered by the government.

“It’s so disheartening to find someone saying their child should be on BEAM or they should be on the welfare food list while they’re on the program,” a- he declared.

“We should consider agriculture as a business and develop ourselves.

SIRP is a $52 million program established in 2016 to reduce the vulnerability of smallholder farmers to food and nutrition insecurity, the effects of climate change and economic shocks, and to contribute to the resilience of smallholder communities. farmers.

The program is expected to revitalize 60 irrigated perimeters covering 6,100 hectares in the provinces of Manicaland, Masvingo, Matabeleland South and Midlands.

In the province of Matabeleland South, nine schemes in Gwanda, Mangwe, Beitbridge and Insiza will be rehabilitated under the SIRP programme.

Through the Agriculture and Food Systems Transformation Strategy, the government seeks to develop a robust agricultural sector that can turn around and steer Matabeleland South towards Vision 2030 by providing strategic responses to population growth. — @Yolisswa