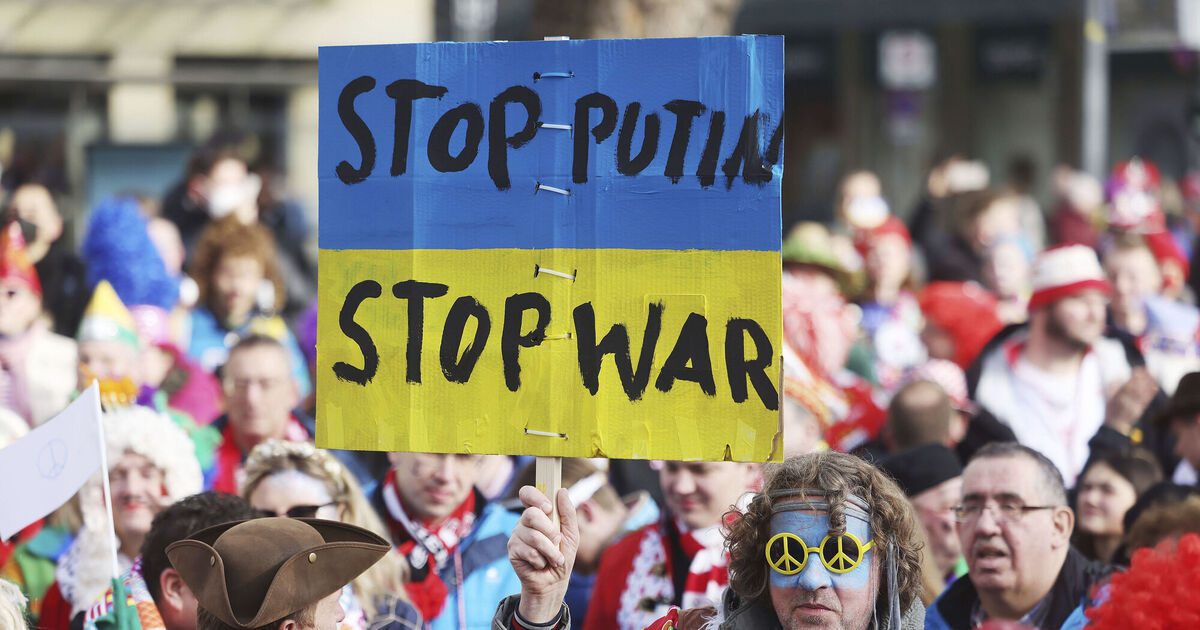 Financial support for Ukraine does not undermine our military neutrality, says Taoiseach

Ireland’s contribution to Ukraine’s resistance to Russia does not violate our military neutrality, the Taoiseach said.

The EU announced on Sunday a fund of 500 million euros for logistical and military support to the government in Kiev after the Russian invasion last week. Ireland will contribute around 9 million euros to this fund, but will not invest this money in “deadly” supplies.

Micheál Martin told reporters on Monday that the money will go towards personal protective equipment, medical supplies and fuel.

He insisted that the unprecedented use of the European Peace Facility for arms was not a breach of Ireland’s military neutrality.

Mr Martin said Ireland had been granted the right to “constructive abstention” from the installation.

“When we joined the European Peace Facility, Ireland looked for an option in terms of the ability to have constructive abstention in terms of using that facility for lethal force or for sending lethal weapons.

“There is an alternative option to support the use of non-lethal force; PPE, medical supplies, fuel, etc. And that is where Ireland will contribute.

“But again, this is the first time that the European Peace Facility has been used to send lethal weapons into a given conflict situation.

“So I think it’s very understandable, given that the Ukrainian people are suffering such attacks, and given that all of us in Europe support the universal principles of freedom of movement, sovereignty and territorial integrity, which are enshrined in the United Nations Charter, our contribution to the non-lethal component does not affect our military neutrality.

Asked about the difference between funding fuel from a tank instead of a tank itself, Mr Martin replied that ‘you can argue one way or another’ but ‘the bottom line is that we do not finance the reservoirs”.

He said Ireland’s main contribution would be in the area of ​​medical supplies and humanitarian supplies, but said it would be “unthinkable” for Ireland to veto any European intervention in Ukraine.

“We certainly cannot stop our colleagues in Europe from heeding the Ukrainians’ call to defend themselves against a brutal and unwarranted attack. I think it would be unthinkable for people to think that Ireland should somehow on the other to veto the use of the peace facility.”

Asked about the expulsion of the Russian ambassador to Ireland, Mr Martin said such a move would not be reasonable at the present time as it would close a diplomatic and consular channel which is needed. He said such action would not have the same impact as the sanctions taken by the EU in recent days.

“Never before have such sanctions covering finance, transport, energy and other areas been implemented so quickly, with all 27 member states working in unison and that must be recognised.

“The measures that have been taken for example, in terms of preventing Russian banks from using the Swift mechanism, the targeting of a large number of individuals, the targeting who exports, essentially the isolation of the Russian economy will have an impact.

“(It is essential that) we have the ability to help Irish citizens in different places around the world, especially in Moscow, and also to have a good sense of insight and have an informed idea of ​​what is going on. in key capitals.

“We don’t know for sure how this crisis will unfold. So keeping the channels open gives us additional capacity to help citizens who may be in difficulty or family members of Ukrainian Irish citizens is extremely important.”

Mr Martin said he could not comment directly on whether Russian spies were operating from the Dublin embassy, ​​but said “I think we are all being realistic in the world”.

LEG Immobilien SE: Practical and financial support for refugees from Ukraine in coordination with local authorities