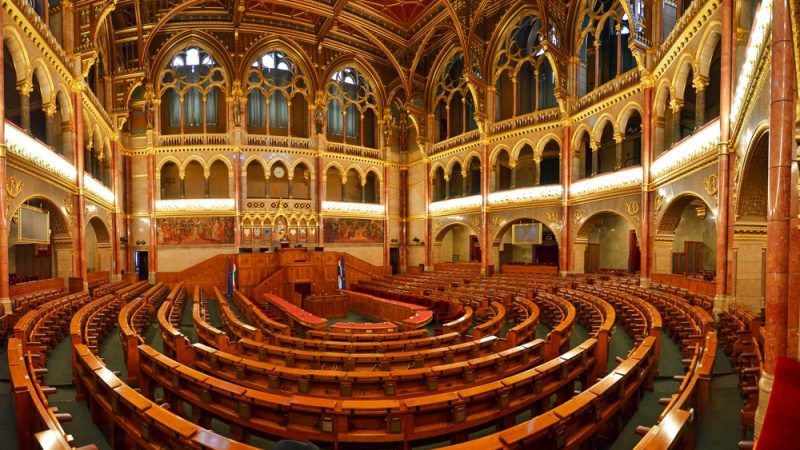 Monthly subsidies for opposition parties would be almost halved, while the two ruling parties would have about 5 million euros (2 billion HUF) less to spend under the bill that Fidesz MPs will introduce next week.

The proposal would tie state grants to political factions in the legislature to electoral lists instead of the number of parliamentary groups, Máté Kocsis, leader of the ruling party’s parliamentary group, announced at a substantive meeting, according to the government daily. Magyar Nemzetelex reported.

At the end of May, Kocsis had already announced that the opposition parties should also contribute to the funds created by the government to maintain the ceiling on the prices of increasingly expensive public services for households.

The MP then said that opposition parties should contribute at least as much as “their parliamentary groups would cost in the years to come”.

Under the new rules, opposition groups will have about 7.5 million euros (HUF 3 billion) less to spend on state aid during this legislature. On the other hand, the two groups of the ruling party will only see their state support reduced by 5 million euros, despite a two-thirds majority in the legislative elections.

While there were seven parliamentary groups in the last legislature, there are now nine, including liberal newcomers Momentum and far-right Notre Patrie, but the number of MPs has remained constant at 199.

This means that running the parliament will cost more in the next four years, for example because there are more positions with higher salaries, such as leaders of political groups.

The bill, due to be tabled next week, is also expected to change the length of political groups’ right to speak, with the time to debate legislation to be reduced from eight to four hours. Moreover, from 2024, local and European elections will be held simultaneously.