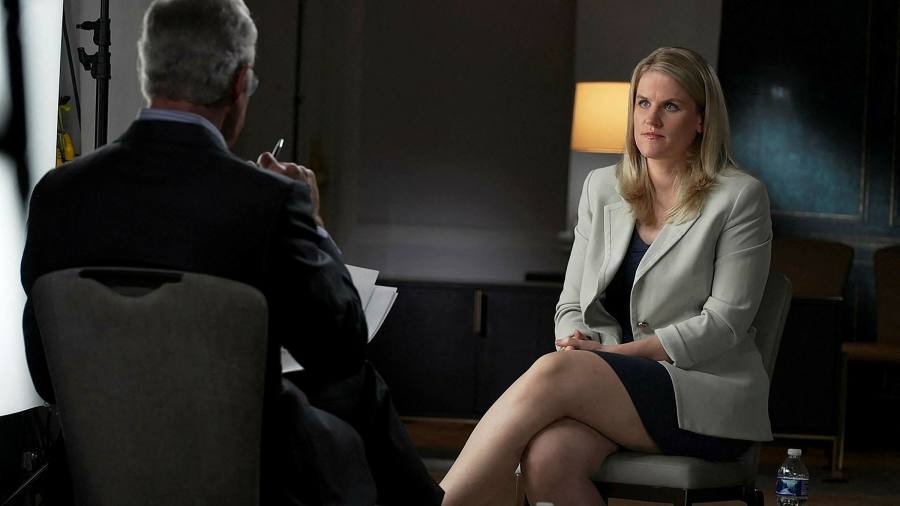 Facebook has misled investors about its reach, SEC whistleblower tells

Facebook has misled investors about the size of its audience and has hidden a decline for years in the number of younger users in the United States, said Frances Haugen, a whistleblower, in a complaint at the United States Securities and Exchange Commission.

The decline in the number of younger users continued even during the coronavirus pandemic, when overall social media use increased. â€œDuring Covid, Facebook use by every cohort increased, except for those 23 and under, which continued to decline,â€ the complaint states.

Haugen, a former Facebook product manager, pointed to the company’s internal projections that a decline in engagement of U.S. teens could lead to an overall drop in its U.S. daily users by up to 45% between 2021 and 2023.

The latest allegations that Facebook has “distorted” its “reach and frequency” measures are one of eight complaints filed with the SEC, which were the first reported by CBS News.

Haugen’s attorneys cite internal company documents dating back several years to support the whistleblower’s claims of “material misrepresentation and omission” against investors, including through documents filed with the SEC and testimony before the US Congress.

The data scientist, who worked at Facebook until May, will appear before U.S. senators in Washington on Tuesday after a damning series of interviews on CBS 60 minutes and the the Wall Street newspaper, engulfing Facebook in its biggest reputation crisis in years. The social network also suffered a major outage on Monday, with all of its platforms, including WhatsApp and Instagram, being offline for several hours.

In letters to the SEC written by Whistleblower Aid, a nonprofit legal organization that identified itself as representing Haugen, Facebook was also accused of failing to take action against extremism, hate speech, human trafficking and ethnic violence on its apps, including Instagram. .

The Facebook reach complaint said that “for years, Facebook has distorted basic metrics to investors and advertisers, including the amount of content produced on its platforms and the growth in the number of individual users,” in especially in â€œhigh value-added demographicsâ€ such as American teens.

“By serving too many ads to users that advertisers were unwilling to pay for, Facebook overcharged advertisers on a large scale,” the complaint said.

Haugen’s legal team cited internal Facebook files showing that more than 15% of new accounts created by teenagers are secondary or duplicates. Facebook use among young adults aged 18-24 “continues to decline,” according to excerpts from internal SEC filings, while young adults “spend less time, produce less and send fewer messages “on the social network.

Jason Kint, director of Digital Content Next, a professional body representing online publishers, and a persistent critic of Facebook, said in a series of tweets that the allegations were “deadly” and “incredibly damning”.

Facebook is already leading a class action lawsuit in California over allegations that its estimates of the “potential reach” of advertisers included duplicate and fake accounts. Earlier this year, court documents showed Carolyn Everson, then one of Facebook’s top advertising executives, warned her colleagues to “prepare for the worst” in the face of the claims. Everson resigned from Facebook in June.

Facebook has previously argued that potential reach estimates are a â€œplanning toolâ€ and do not form the basis for billing advertisers.

The company did not immediately respond to a request for comment on the whistleblower’s complaints to the SEC. Facebook called Haugen’s series of allegations “misleading.”

â€œProtecting our community is more important than maximizing our profits,â€ said Lena Pietsch, Facebook’s director of political communications, in a statement Sunday following the 60 minutes broadcast.