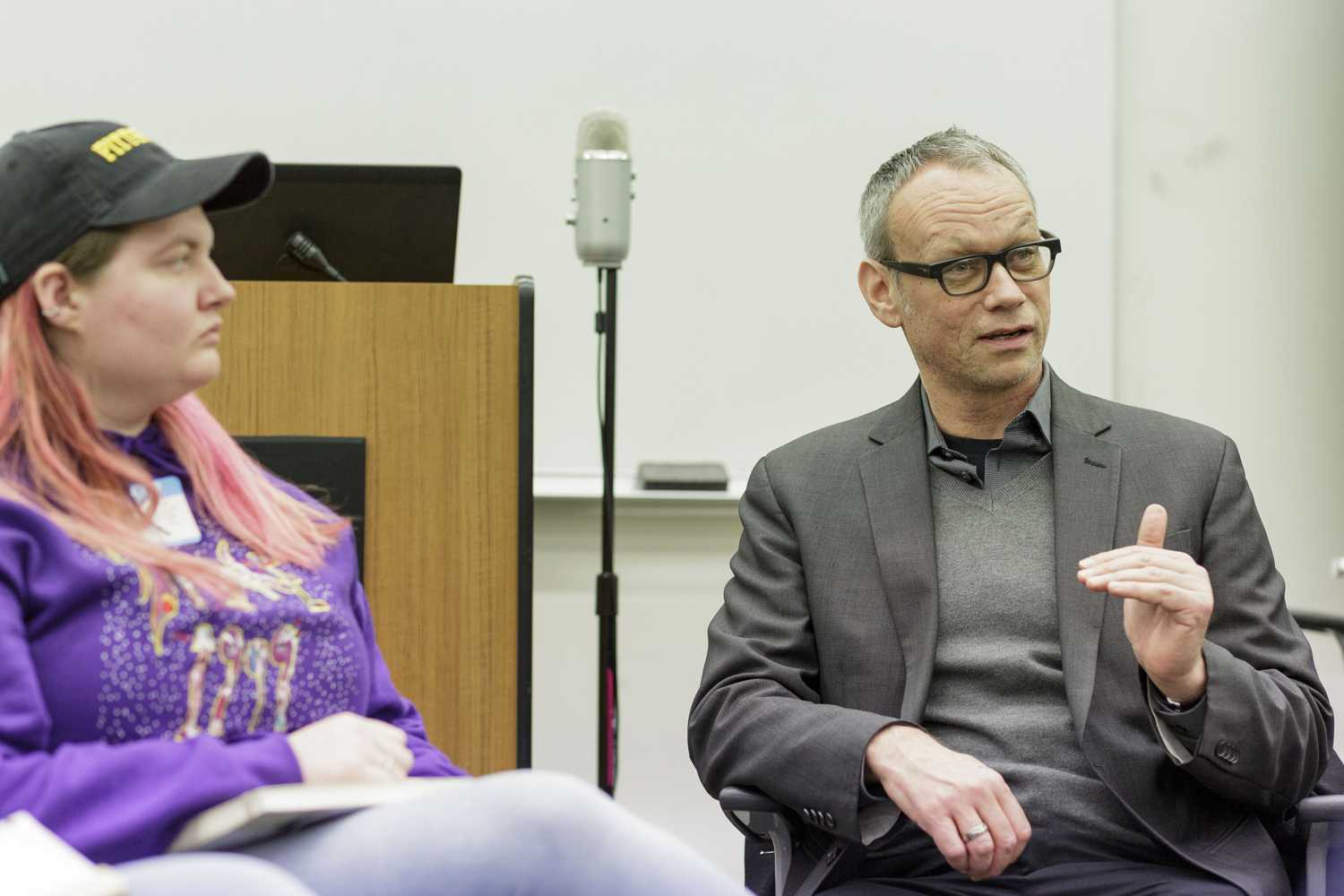 Valkyrie Speaker was one of many who shed tears as they shared their experiences of financial hardship before and during college on Wednesday afternoon.

â€œWhen I applied to Pitt, I was homeless,â€ Speaker said. â€œI’m lucky to be here thanks to a college scholarship, but I always feel like I don’t have a home to return to. ”

The President, a junior studying English writing and filming, was one of 50 first-generation students, alumni and faculty who shared stories about homelessness and the struggle to afford college during the ‘a fishbowl-style lecture Wednesday in the Hillman Library’s Amy Knapp Room on Wednesday. The Open Door Project, a new diversity and inclusion initiative from the Dietrich School of Arts and Sciences, hosted the community conversation event titled Strengthening Our Student Safety Net. Participants gathered to discuss the challenges they faced at Pitt and how their socio-economic status limited their academic experiences.

The first part of the event was a ‘fishbowl’ discussion, in which a small group of speakers spoke about a topic while a larger group surrounded them and listened to them. At this event, however, when someone from outside the circle had an idea they wanted to share, they would tap a speaker’s shoulder and place it back in the “fishbowl.” The second part consisted of dividing people into small groups to discuss different topics and write their ideas for change on large white boards.

Michele Lagnese, director of student support services – an organization funded by the U.S. Department of Education that provides funds to help students meet basic college requirements – helped organize the event. She said the reason for having a masquerade conversation was to engage the audience in a different way.

The speakers first discussed some of the obstacles they have faced that people who don’t have financial difficulties are oblivious to. Brandi Cox, a graduate student in the higher education management program, said affording meals was a major struggle for her.

â€œFood was one of the challenges I faced,â€ Cox said. â€œI haven’t talked much about it. My mother didn’t know. Many of my friends and teachers didn’t know this. Paying for a meal plan was also a challenge.

Like Cox, Randall Halle, the chairman of the German department, said he also struggled to afford meals. He often avoided going out to eat – unless it was cheap – and said there was a lot of shame that went with it.

â€œI was mystified by the things other people could do,â€ said Halle. â€œThere was a Chinese restaurant I used to go to where you could pay 50 cents for the toppings, but I wouldn’t tell people that’s why I wanted to go. It was embarrassing in some ways.

Many speakers also raised the issue of the difficulty in affording textbooks and the reluctance of professors to understand that many students are only getting by. Sheba Gittens, a Pitt alumnus and academic advisor for SSS, said she felt embarrassed that she could not buy books and meet her basic needs.

“[I would] sit in the library trying to get a copy [of a book], but someone else was borrowing it, â€Gittens said. â€œMy teachers were alienated from the fact that I didn’t have a scholarship.

When she was a student, Gittens said she didn’t have a cell phone or computer, which made it extremely difficult to hand in homework after a long day at work.

â€œWe have computer labs, but when you go back to your dormitory late at night, you don’t have time and access,â€ Gittens said.

Speakers also said struggling family members at home often asked them for financial assistance, which limited their own mobility. Steven Orris, a neuroscience major at Pitt, said he struggles to balance his own financial demands with those of his family.

â€œMy parents were texting me, ‘We’re barely making rent this month, can you help us?’ â€Orris said. â€œStudents often get an ultimatum. It was either taking out these loans or losing your studies. I am now facing a debt of $ 70,000.

The conversation then turned to ways in which students can connect with different services and communities in order to seek help and avoid feeling isolated or ashamed. Ashley Whited, a graduate in neuroscience and psychology, said using certain resources is very beneficial.

â€œI took advantage of the counseling center and the SSS,â€ Whited said. â€œBeing able to connect with people to share my story with made sharing my story more comfortable. My roommate [got] an allowance of $ 200 per month. It was hard to relate my story to his, so the SSS [allowed] me to find other students.

Cox said she finds local bands, such as Just the harvest, to be beneficial as they tackle hunger in Allegheny County by focusing on its root cause – economic injustice. She also welcomed national initiatives such as the Supplementary Nutrition Assistance Program, which provides nutritional assistance to low-income people. With the help of the University Library System, SSS also created a page on the library website with several links to services easily accessible to students.

While this event was an opportunity for students, staff, and faculty to share their struggles, it also gave them the opportunity to discuss how others can help.

“I know what it’s like not to have a home to go to,” Gittens said. “I ask people to be empathetic [toward] the lives of others.